For those who may have lost faith give the beta (phone iPad) another look. I have been quite a critic of the phone beta but the latest build a couple of hours ago is a quantum leap (remember that TV series) forward.

Congratulations to the Omni group for its hard work and actually listening to its testers!

TestFlight or Alpha as used by OmniGroup in the OF4 TestFlight means it is still in the development stage with ideas and concepts still being tested. This is not “early access” software with all the bells and whistles. If you want to see what is cooking in the kitchen, sign up for the TestFlight. Not all features have been finalized. But if you’re expecting a full polish, wait until OF4 is announced as “Public Beta”

Just to clarify TestFlight is Apple’s online service to facilitate installation and testing of software, not a phase of software development.

TestFlight is normally used for beta testing, not alpha testing. In fact Apple states “TestFlight makes it easy to test beta versions”. Almost all apps I test or make available for testing are beta versions.

But in OmniGroup’s decision, they are deciding to use TestFlight as a staging ground for an alpha version. There is the Slack channel to see more topics about OF4. You’ll need to sign into your Slack account to see the original posts.

I’ll give the link to the original Slack message and a screenshot for review. 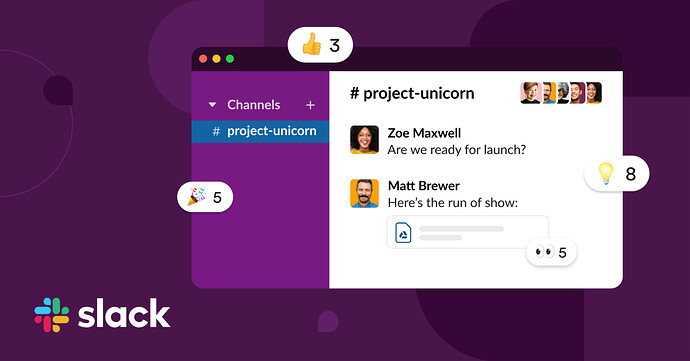 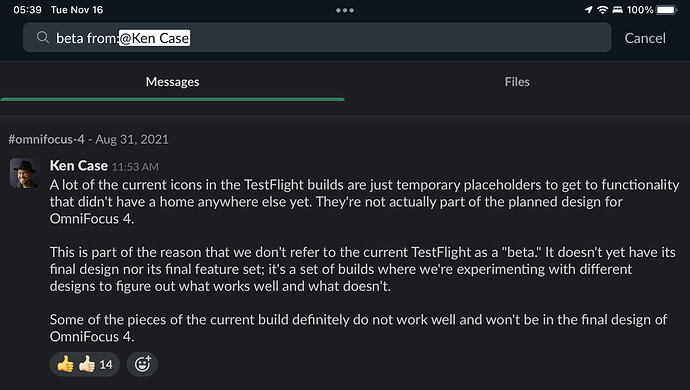 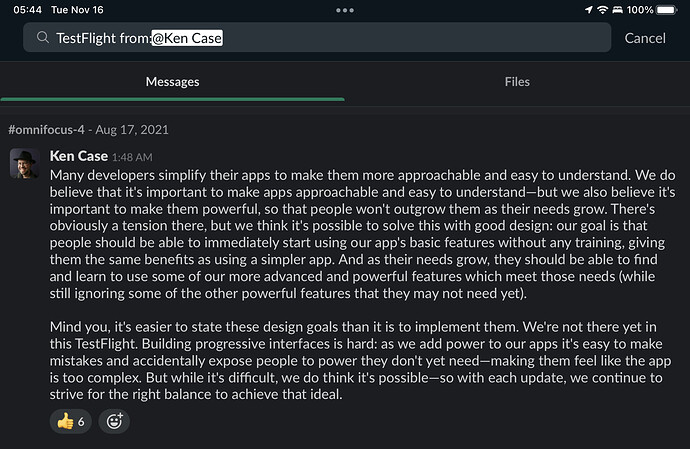 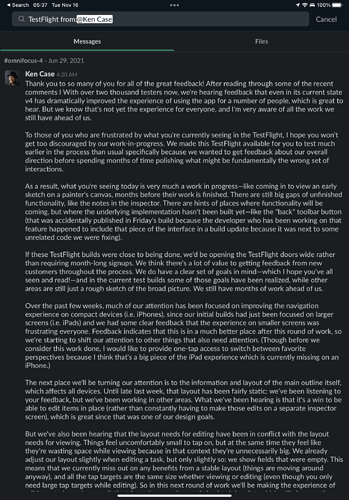 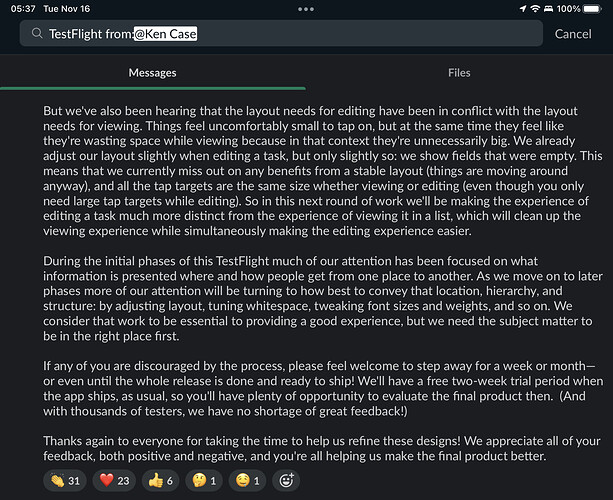 Now, we can agree to disagree whether OmniGroup is utilizing the TestFlight app correctly or not. But it has been stated the OF4 TestFlight is currently a playground to throw out new ideas and get Feedback. Many experiments are playing out here. Some ideas get tossed out based on that precious feedback. Other ideas get refined further in the next TestFlight release.

If you’re interested in trying out ideas and giving feedback, jump right in.

Some of us had the time and/or capacity to take on this experiment. Some of us also dropped out from active experimenting. Many returned at the later stages to see the changes that were implemented. Nothing is set in stone right now.

If you’re looking for a polished, early access look at a “public beta.”, this isn’t it. The ideas, UI, and feature set is still being worked on. The ingredients on the kitchen stove looks like a mess. Trust in the process and dinner will be served in time. This ain’t a simple ham and cheese sandwich we’re talking about here.

I’m pleased with the Test Flight status right now. I don’t know whether it’s alpha, beta, R&D, or something else, but I’ve been able to use it in place of OF3 without a hitch for the past month or so. And I can tell you for sure that the Omni developers are paying close attention to the feedback.

I got overwhelmed with the “Test Flight beta” and my current workload a few months back and switched to back OF3 for a while. I didn’t make a big deal about it for due to all the very well articulated background from Ken.

That said, I ventured out with it again recently, and I too have been super impressed with progress. Now looks like an Omni app to get excited about - which it always was, just a bit further down the road earlier this year!