Distribute objects, keeping the left and right-most objects in place 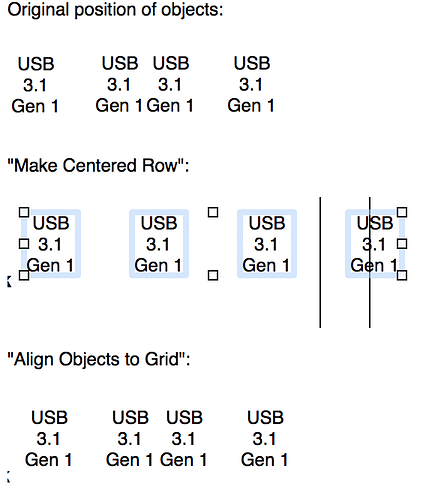 When I use OmniGraffle 7.7.1 on the Mac, I can accomplish this by choosing Arrange>Align>Spread Horizontally as long as I have Align to Canvas set in the Object Inspector here: 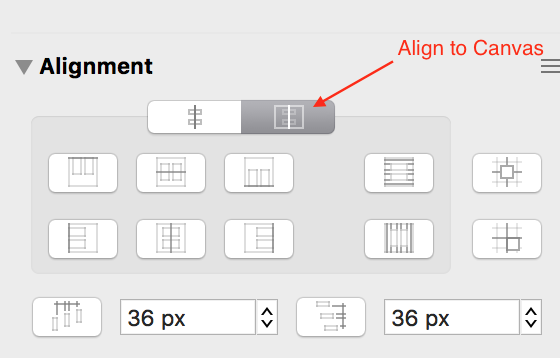 If that doesn’t suit your needs, you might try some of the options at https://discourse-test.omnigroup.com/t/align-series-of-rows-and-columns/35493/4.

I hadn’t look at that part of the Inspector carefully before; I didn’t realize those functions were there (I was only looking at menus for ‘actions’).

You got me headed in the right direction; I just left it at “Align to other objects”, then choose: “Spread evenly between the left and right objects.”

With “Align to Canvas” and Arrange>Align>Spread Horizontally, the objects got spread out further than the left and right objects were placed. thanks!