I cannot find a way to divide two shapes into three. What I mean, is that if you have two shapes partly covering each other then how should I divide them into three shapes, two of which are the parts which were not covered by anything, and third the intersection of those two. See figure 1. 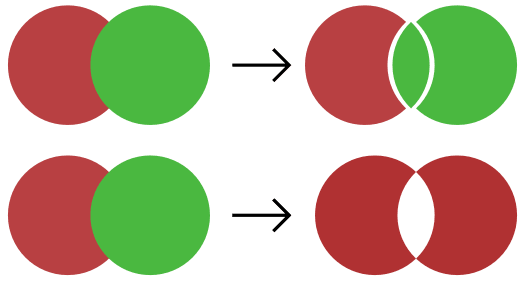