Placing a single context on the Toolbar

I saw a Youtube video about Omnifocus workflow and there was a button on the toolbar corresponding to a single context (Waiting). However I’m unable to drag a context onto the toolbar; and right-clicking the toolbar, there isn’t an option.

Of course, the button to open all contexts is available but I am looking to place a couple of heavy use, individual contexts on the toolbar. Is this possible in Omnifocus 2? I would think not, however i saw the “Waiting” button on the toolbar in that YouTube Video.

Control-click on the toolbar and and choose “Customize toolbar” from the popup menu. Drag and drop the perspective icon to the toolbar. You can re-arrange the icons as well. Drag an icon off of the toolbar to remove it.

@wilsonng, I was trying to put a single CONTEXT on the toolbar, not a perspective. As saw in the video, a toolbar with an @WAITING link. It appeared there was a single context link, on the toolbar.

I learned on another thread, it is not possible to create a perspective which only shows a single context. I believe i have that right. So that wouldn’t give me what i want - a single click into a single context.

shows many, except you only choose one.

Good to hear, @PGR . But how do you choose one context when you setup a perspective? When i go into the “Add Perspective” dialog, i only see “filter by context” as a choice, per screenshot 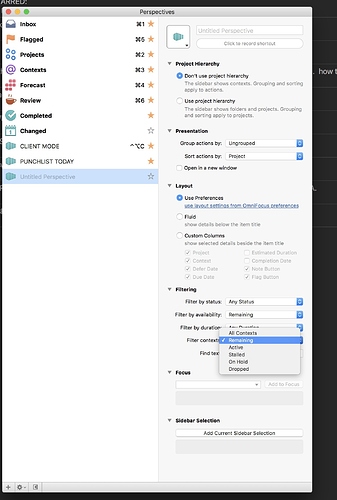 In this example, I created a custom perspective called @Office. I used the perspectives editor.

Be sure to click on the context in the left sidebar. In this example, I selected @Office. 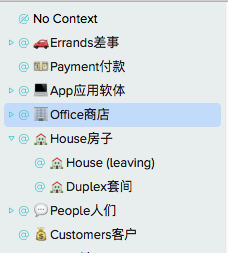 When you click on a context, you’ll see the bottom of the perspective editor window to show the new sidebar selection.

You can command-click on multiple contexts to have a custom perspective show multiple. I have a context perspective called “on-the-go.” When I leave my house or office, I have @house leaving, @office leaving, and @errands all selected. 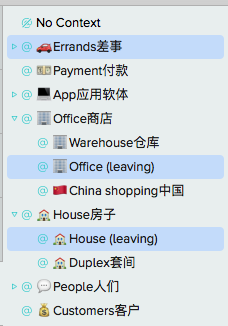 @wilsonng Aha! That “sidebar selection” was the key.

THANKS Wison! this will make a big difference to me while using Omnifocus - i was missing one of the keys to setting up custom Perspectives.