I read in the email today that the ipad apps are turning Universal, and people who bought them will get them on their phones for free.

I happened to buy the iPhone app, not the iPad app. Will this “Universality” work in that direction too? Do I now get access to the iPad app?

The iPhone app will probably be updated mostly for bug fixes but most folks will eventually transition to the Universal app over time.

The iPhone app will not have the pro features. You’ll have to get the Universal/iPad app and then purchase the in-app buy for the pro upgrade.

I think the productivity bundle will let you update for the difference between the iPad app and iPhone app.

[quote]Since all of the apps in the Omni Productivity Pack will run on both iPad and iPhone, there will no longer be any need to purchase a separate app just to run OmniFocus on iPhone. The price for the new Universal app will be just $39.99 (a savings of $9.99 compared to the current two-app pricing for customers using OmniFocus on both devices)—and it will be a free upgrade for anyone currently using OmniFocus 2 for iPad.

Customers who want to upgrade from the iPhone app to the Universal one can simply pay the difference in the prices by taking advantage of a $20 Complete My Bundle option we’ll make available. Of course, we’ll continue to update OmniFocus 2 for iPhone, but Pro features such as custom perspectives will only be available in the Universal app.[/quote]

I think a better option is to send feedback to Omnigroup asking for a productivity bundle for OmniFocus 2 for iPhone to OmniFocus 2 for iPad. That might solve a lot of problems if you don’t want to get the other apps (OmniPlan, OmniGraffle, OmniOutliner) and just want OmniFocus 2.

Yeah, I just want Omnifocus, with pro features, and I only need it on my iphone. I don’t care about the ipad, and won’t use the ipad version. So its kinda a bummer people in my situation have to end up paying MORE than people who originally bought the iPad app. I don’t know why Omni wouldn’t let iphone users upgrade for the difference between the CURRENT price of the ipad app. That would be more fair…

I think a better option is to send feedback to Omnigroup asking for a productivity bundle for OmniFocus 2 for iPhone to OmniFocus 2 for iPad. That might solve a lot of problems if you don’t want to get the other apps (OmniPlan, OmniGraffle, OmniOutliner) and just want OmniFocus 2.

From reading Ken’s posts elsewhere, I was under the impression that’s what Omni is already planning to do… It won’t be the existing “Productivity” bundle on the App Store, but rather a “new” bundle that only contains OmniFocus 2 for iPhone and the new, universal OmniFocus 2.

[quote=“Matty, post:3, topic:12582, full:true”]Yeah, I just want Omnifocus, with pro features, and I only need it on my iphone. I don’t care about the ipad, and won’t use the ipad version. So its kinda a bummer people in my situation have to end up paying MORE than people who originally bought the iPad app. I don’t know why Omni wouldn’t let iphone users upgrade for the difference between the CURRENT price of the ipad app. That would be more fair…
[/quote]
Well, if you had only bought the iPad app, then yes, you’re paying $10 more, but of course that wouldn’t have worked on your iPhone at all, so you essentially would have had to buy both apps, at a total cost of $50: $20 for OF for iPhone, $30 for OF for iPad. About the only users who will get a bonus out of this are those who were using the iPad version only, who will now get iPhone support at no extra charge, essentially saving $10. I don’t see any fair way around that, however, and those users may be edge cases compared to the bulk of OF users.

What Omni is planning to do is to raise the price of the universal version to $40, however, it sounds like they’re going to put it in a $40 “bundle” that includes the old iPhone version, specifically to try and “hack” upgrade pricing for those users. This is a bundle that no new user would likely ever want to buy, but would be put on the App Store specifically to allow those who already own the iPhone version to effectively pay $20 for the Universal version, simply by “completing” the bundle – basically receiving a discount for the iPhone version they already own.

So, in other words…

It sounds like there will be an “OmniFocus Bundle” on the App Store that will be priced at, say, $40 for “OmniFocus 2 for iPhone and OmniFocus Universal” together. However, because of the way “Complete my Bundle” works, anybody who already owns OmniFocus 2 for iPhone will get that price credited against the bundle, and only pay $20 for the other app, instead of $40 to buy it separately. As somebody else pointed out, Omni is basically using the Bundle options on the App Store to “hack” upgrade pricing – a feature that Apple has sadly never otherwise provided support for.

Note that I believe there will still be a “Pro” in-app upgrade for the OmniFocus Universal app, which adds $20 (?) to the price tag for those who want features like custom perspective editing on the iOS side, however as I understand it, those who already purchased the “Pro” upgrade in the iPad version will still have it, since I’m guessing OmniFocus Universal will simply be an updated version of OmniFocus for iPad, rather than a whole new app. The iPhone version never offered a “Pro” upgrade, so there’s no direct upgrade path to “Pro” for somebody who was only using the iPhone version in the first place, but again it balances out the same way… if you had it before, you keep it, and if you didn’t you need to buy it, same as before.

Ken has also said that users who already purchased both versions separately for $50 will receive a $10 rebate directly from Omni to compensate them and ensure that they’re paying no more than somebody who is buying in now would have paid.

Note that all of the above is based on my extrapolation from @kcase’s posts elsewhere. Hopefully he can chime in to either confirm or correct me if I’m off base on something :)

All in all, this sounds like a pretty reasonable way of doing things, and I can’t see any other way of doing it that would be fair to everybody… Remember that for everybody who is concerned about paying more for the iPhone “upgrade” there are those who already dropped $50 or more on both apps, who would suddenly discover functionality they paid for now being given away for free.

Remember that for everybody who is concerned about paying more for the iPhone “upgrade” there are those who already dropped $50 or more on both apps, who would suddenly discover functionality they paid for now being given away for free.

I’m a bit confused about the proposed changes but think I might be in this situation. I purchased OF2 for iPhone, iPad & Mac including the pro upgrades in December. I assume that means I get the universal app without having to pay again?

Yes. Your iPad app becomes a universal app that works on both iPhone and iPad.

So any updates with regards to when (month?) that the universal app will be out? I’m very eager to migrate the iPhone app to the universal one.

Me too considering the iPhone app is still buggy, buggy, buggy… Despite paying in $70 for iphone/iPad pro combo, I have to admit I’m not yet sure it was worth it. In general I like OF, but when iPhone perspectives appear/disappear and/or won’t stay in the order I put them in…well I sorta wonder if I should have gone with another app. Pretty unacceptable in my opinion.

Anyway, OG support acknowledged that this was one of many bugs being worked on when I emailed a couple months ago…I just hope that by going universal we can leave the iPhone bugginess behind.

We’ve put the Universal app into Test Flight but still have some more work to do for final release.

Are there distinct Test Flight Groups, or is it just not quite there yet? I’ve got the betas for OmniPlan and OmniGraffle in Test Flight, but I haven’t seen OmniFocus yet…

Curious to know too :) I’m not a beta tester for Omni…but am eagerly awaiting the universal release version! Would it be coming out in…April 2015? :)

I think they said 4 apps in 4 weeks? Not 100% sure, but if OF is the fourth of 4 apps, they just dropped the second one this week. So maybe in 2 weeks? That assumes they get everything done, and the submission goes through Apple without delay.

I’ve been away travelling. Which 2 apps in the past two weeks were released? Thanks!

Looking at the iTunes store, I see that OmniPlan and OmniGraffle are now universal apps (works on iPads, iPhones, and iPod touches). It looks like OmniOutliner and OmniFocus are next.

OmniFocus 2.1.1 for Mac is finally out of beta testing and appears official now.

OmniPlan and OmniGraffle have been released. That leaves OmniOutliner and OmniPlan, I believe in that order?

You can see which apps have an iPhone version (which includes the universal builds) here: 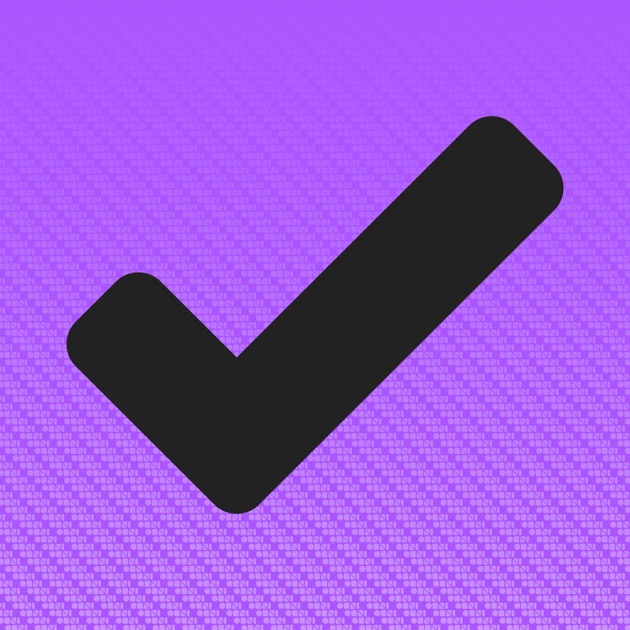 The Omni Group Apps on the App Store

Download iPhone and iPad apps by The Omni Group, including OmniFocus 3, OmniGraffle 3, OmniOutliner 3, and many more.

As soon as we have more news about a release date for the universal release of OmniFocus for iOS we’ll tweet about it. You can follow OmniFocus on Twitter at:

Our CEO recently tweeted that it’ll be about another 2 weeks here: 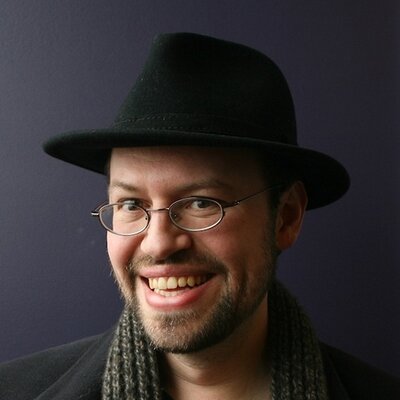 Eagerly waiting for OF universal iOS version :) Glad that Outliner has become universal. I immediately downloaded it for my iPhone; it was already on my iPad.

Any news about OF universal app? Q1 is gone and new OF nowhere. I’m REALY in desperate need of it. I’ve just bought IP6 and given away my iPad. I’m like without hands. Hurry up … :-)

In the Twitterverse, Ken Case reports that OF2 Universal has been submitted for review and hopefully comes out this weekend. It’s all up the Apple App Store Reviewers to give it the go-ahead.

We submitted the universal update of OmniFocus to the App Store for review last week, and expect it to ship this Thursday (April 2).

Hmm. @OmniFocus for iOS may not ship tomorrow after all: it's still waiting for review, with not much time left. But if not tomorrow, soon!
next page →