Can you get a Siri Smart Card on Apple Watch?

Does OmniFocus on iOS have Smart Cards for the Siri watch face? I have never seen one appear - does it need to be turned on, or is it only triggered by a certain due date setting etc? Complications work obviously, but perhaps there isn’t a Smart Card available in OmniFocus.

They are explained in Apple’s developer docs here. 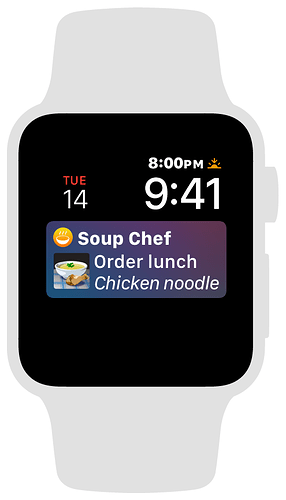 I’ve never seen it appear, and I use the Siri watch face and OmniFocus on my watch all the time. I’ve also never seen anything appear in the “show suggested view from Siri.” I have no idea how to make this feature work.