How to create open curves

I can’t seem to create an open bezier curve. The documentation only shows how to make a closed curve. I’ve googled on this but since there are lots of versions of OmniGraffle in the past ~6 years the UI changes so much that most of the how-to’s are irrelevant, and I wasn’t able to find anything about it in the new and old forums. Which means either it is glaringly obvious and I’m missing the feature, or no one has ever tried to make an open bezier curve. (!)

Thanks in advance,
PT

The iPad version of OmniGraffle allows creating open Bezier curves and they can be used and edited on the Mac version too. But I haven’t found a way to create them on the Mac. The closest thing seems to be the curved lines created using the Line tool. While they are still Bezier shapes technically, their points are not fully editable and they have no fill.

Here is an open Bezier shape made on the iPad and opened on the Mac: 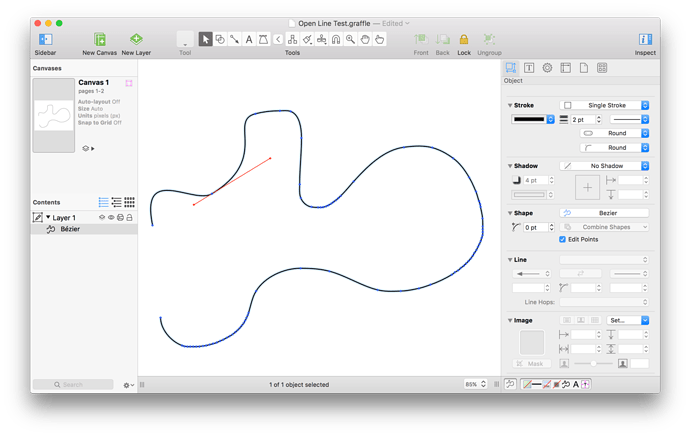 I just found out there is an option for making Bezier lines! I should pay more attention to that user manual…