For those who might not have seen this on our blog… 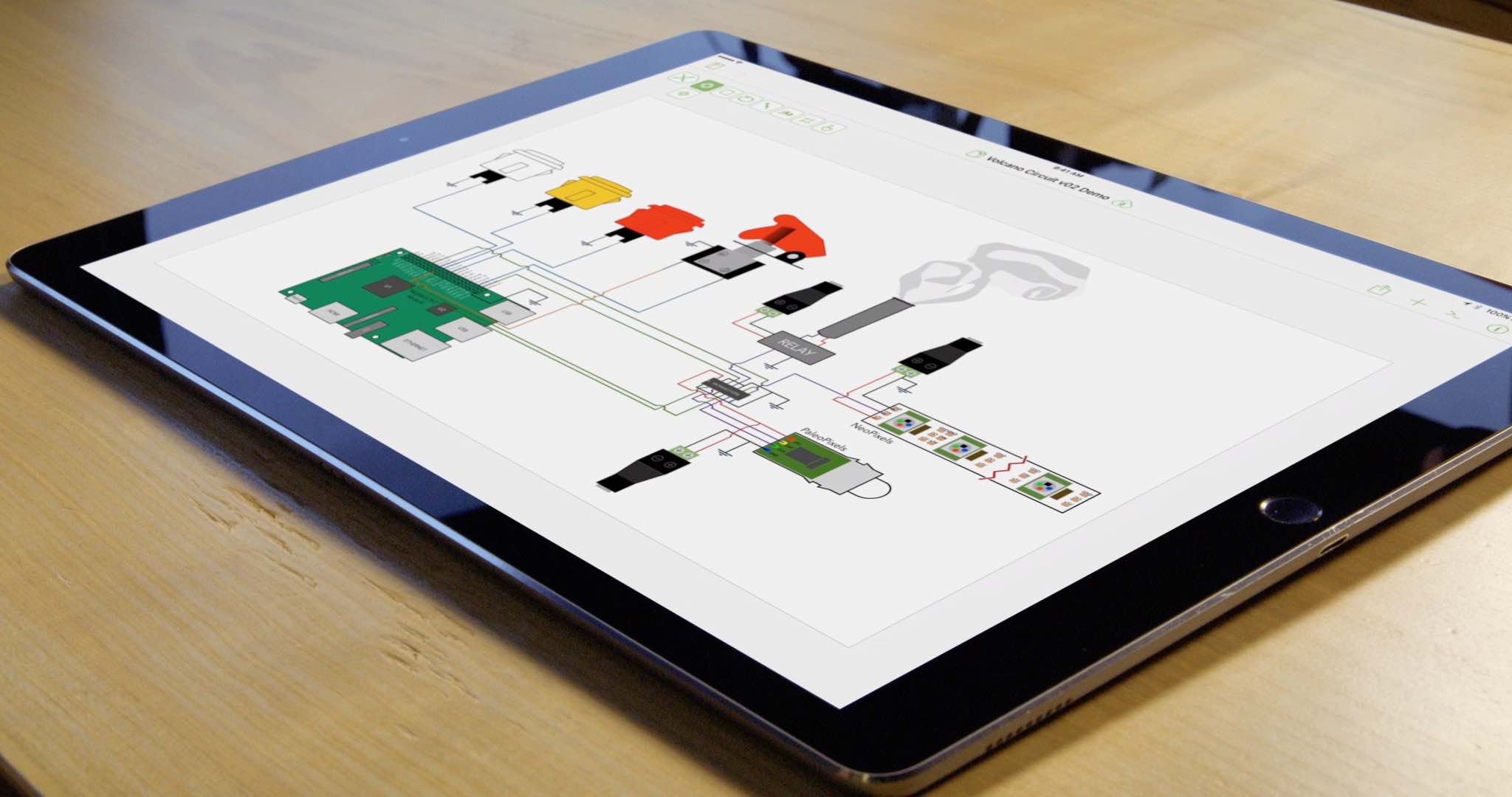 For those eager to grab the latest copy and start your 14-day trial, download it from the App Store. Continue reading for the highlights of this release, but there’s even more in the release notes.

Starting with the new stuff

When launching OmniGraffle 3 on an iPad, you’ll immediately notice the Big New Thing: Multi-Column Layout. The Unified Sidebar is on the left; a brand new inspector sidebar over on the right. 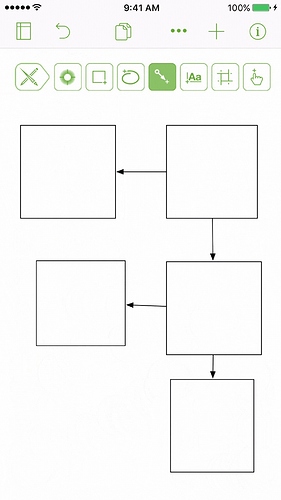 THE SIDEBAR: We introduced the unified sidebar in OmniGraffle 7—all of the document’s objects, layers, groups, and canvases in one spot. Rearranging, labeling objects, zooming to an object on the canvas you can’t find, and bulk-selection are all easy from the contextual menu on each object (long tap).

THE INSPECTOR: We redesigned the popover—the inspectors from OmniGraffle 2 that required an extra tap for every use—to be a static sidebar with more common settings visible and less common, hidden. That means that when you want to specify the exact horizontal padding of your text block, you can—but those controls don’t get in your way when all you want to do is switch from centered to aligned left.

You can show or hide the new inspector and sidebar at any time, too. Tap the inspector icon or the Canvas icon at opposite ends of the toolbar.

THE FLOATING TOOL PALETTE: Tools should always be at the ready, but definitely not in the way. Collapse the new tool palette into a single object to open up the canvas, move it into any of the four corners, and change its direction by bumping the tools into the edge of your screen.

CANVAS SIZE MODES: Choose between three different canvas modes to get just the size you need. There’s Fixed: what you need when you know the exact dimensions. Flexible can expand in any direction you need to go, so just keep on adding objects. With Infinite, you’ll never even see the border of a canvas.

We’ve spent a ton of time in the past few years working on Omni Automation, powered by plain old JavaScript, to connect nearly every aspect of what makes OmniGraffle a design-and-diagramming powerhouse. But it’s not just exciting because it’s automation-on-iOS; any script that you use on the Mac will also work on iOS.

We’ve already seen some great scripts that show off its usefulness, and you can learn a lot more about the inner workings at omni-automation.com. The site was put together by our friend Sal Soghoian, a long-time champion of the power of user automation, who helped us put Omni Automation through its paces. (And if you’ll permit a slight plug, Sal has also put together a great lineup of speakers for his CMD-D automation conference next month, where anyone interested in automation is sure to learn a lot and to make some great connections!)

The rest of the story

We’ll go in-depth on all the new features over at Inside OmniGraffle, but here are a few more of the big ones:

Of course, we’ve also improved a few thousand other things across the board, but we needn’t get too far into the specifics. You can see them all in our release notes.

Download OmniGraffle from the App Store. Then, activate your free trial by tapping a button or two. If you love it 14 days later, just make an In-App Purchase for Standard or Pro.

We’ve always given discounts to customers that own a previous version of OmniGraffle for iOS and we’re not changing! If you own OmniGraffle 1 or 2, make sure either are installed on your device and we’ll be able to verify your ownership. You should see that discount automatically, but we have more info here if you need help.

A new bar for our Pro apps on iOS

At the Omni Group, we’ve long been firm believers in the power of iPad as a productivity device: we started building apps for iPad (announcing “iPad or Bust!”) the week iPad was revealed, shipping OmniGraffle 1 as a launch title on the day iPad shipped (with iOS 3.2!). Since that day in 2010, iPad has gotten more and more capable, both in terms of its hardware and its operating system, and we’ve kept pace in OmniGraffle by adding features like cross-platform syncing, a refreshed design, universal iPad/iPhone support, split-screen multi-tasking, and iPad Pro support, with keyboard shortcuts and shape recognition for Apple Pencil.

But when Tim Cook introduced iPad Pro in 2015, we saw even more potential and decided to push ahead to bring even more of the power of the desktop to that transforming piece of glass. One way to do that was to make the apps more efficient to interact with, making better use of iPad’s large touch screen. By replacing some of the popovers in our interface with slide-in panels, their controls can remain just one tap away rather than requiring that you open and close them every time you want to use them. OmniGraffle 3 is the first of our apps to ship with this new design.

But we didn’t stop with just a revamped user interface: a more fundamental way to bring desktop-class power to iOS is add a completely new model of interaction with powerful, user-controlled automation. By integrating Apple’s JavaScript engine with OmniGraffle on both Mac and iOS, we’ve now made it possible for customers to build their own custom automation workflows. These automation scripts can perform their work entirely within OmniGraffle, or they can integrate with other apps such as Workflow or even external web pages.

Finally, as long-time readers of this blog know, we’ve spent a lot of time and energy over the years brainstorming and prototyping all sorts of ideas to try to provide the best possible App Store experience. With OmniGraffle 7 for Mac and now OmniGraffle 3 for iOS, we’ve solved many of the issues that have plagued our customers’ App Store experience over the last nine years: we now offer a free 2-week trial, upgrade discounts for existing customers (50% off!), and free upgrades for recent purchases–so customers who just purchased OmniGraffle 2 last week will get a free upgrade to version 3.

Enjoy the app! We’re already working on OmniGraffle 3.1. Make sure you let us know what you think by emailing, calling, or sending a note on twitter!