Label task with Project, but doesn't appear under project? Mac only, iOS as expected

On Mac I use the setting “clean up” inbox with tag only. So I expect when I only give a task a Project, it stays in the inbox.

On iOS, it stays in the inbox and also appears under the Project. This is what I would expect, since although it is still in the inbox, the Project at least has been labeled. Go to the project, see the task

On Mac, it does NOT appear under the project. Why the difference? A bug?

On OmniFocus for Mac, when you have the setting “Clean up inbox items which have: Tag” set, it will not clean items that don’t have a tag. So tasks set with a Project only will not “Clean Up” - because they don’t have a tag yet.

Have you considered using the setting “Clean up inbox items which have: Either a Project or a Tag”? 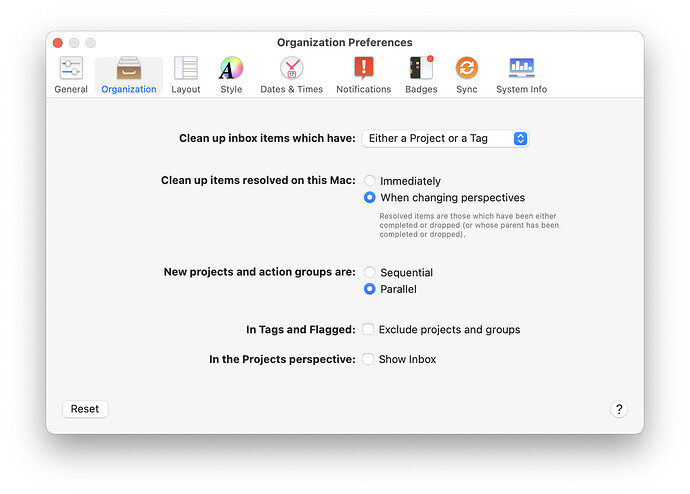 Yes. The answer still applies. On Mac, your task will not clean up and will not show up under your project because of the way your preferences are configured. Your task can not simultaneously be in the Inbox and in a Project. Consider trying my suggestion and use the Clean Up frequently in your testing.