Mac: Is there a way to make an Inbox action a project *and* file it in project hierarchy?

As I’m working through my Inbox items, there is an item that I need to turn into a project, and file it in the right folder in my projects hierarchy.

I realize I can drag and drop to do this, but would like to do it via the keyboard if possible.

I know there is the Command-! shortcut to make an action into a project, but is there away to choose where that new project appears?

On iOS, when you promote an action to a project, there is a choice of where it will end up.

If I understand correctly, I believe you can type the folder structure and indicate a new level with a colon. For the following project hierarchy: 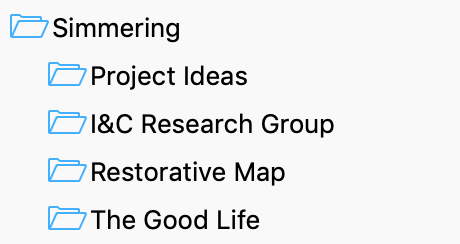 If I’m in my inbox trying to create a new project inside the folder “The Good Life,” I can type “Simmering : The Good Life : New Project Name” and it will create it. For example: 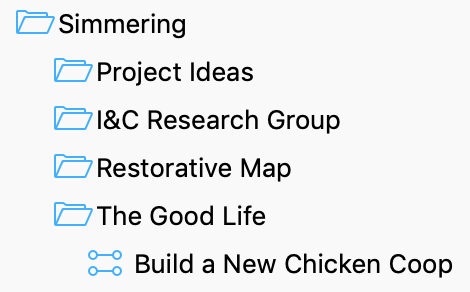 Hrmmm… I just realized that creating a task within a new project instead of turning the task itself into a project may not be what you’re after. Ah well, I’ll post anyway since I created all those screen shots!

I’m trying to turn a task into a project and file it in a particular folder in my projects hierarchy using the keyboard.