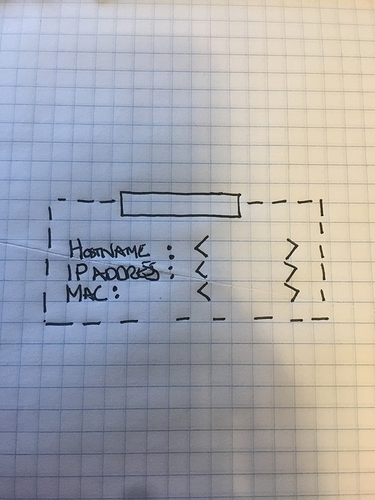 Basically all the systems should look like that and have the same size. The ‘field’ labels (hostname, address, mac, etc) should all be the same, the only thing that changes are the values.

To further clarify, here’s an example of what I’m trying to do: https://db.tt/aQ96ZTkxWu

Basically I’ve got a “Group” named “SystemTemplate” - it’s got a bunch of sub objects. The group itself has several variable fields that are defined. I want objects in the group to populate their values using the variables defined on the group, not the individual objects.

I’d love to figure out how to do this as well. If you’ve found a solution, please share! Thanks!

Hi!
Have you get any solution of this issue?