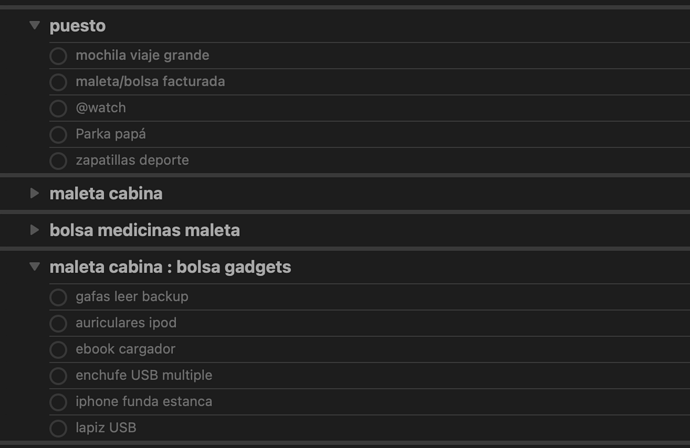 But when I print it I just get a running list of all the actions without the tag headings which give meaning to the view.

Anyone has encountered / solved this problem?

I don’t know whether you find this useful:

Of course, one possible route would be through Keyboard Maestro. OmniFocus 3 Perspective As Text.kmmacros

Thank you. I’m nota familiar with these tools but I´ll try to learn. Strange that it is not a built in function in OF though

Fell free to ask if you have any doubts about it.

Thanks. For the record, I asked omni support and they confirmed no option available but suggested an export to CSV. I tried it and then opened it with Numbers, and while not customizable as in the screen, at least it shows the headings and hierarchies which is more useful than a direct print from OF.
The same perspective looks like this