First of all, I know I’m using an unsupported mechanism to change my fonts. Having said that, is there a way to alter this behavior: 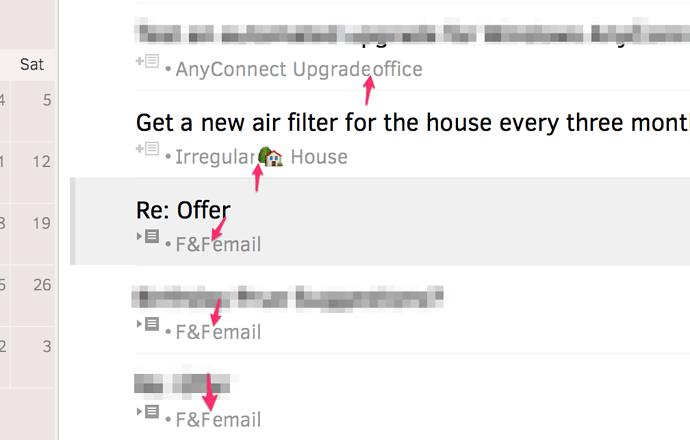 The space between project and context is driving me bananas.

Similarly, while also in Forecast view, the first timeline I see will be fine, but subsequent ones are shorter and get trimmed a bit hiding the values: 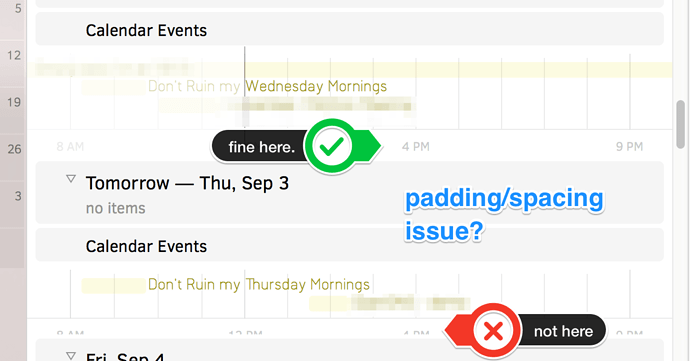 I’d love to know if there is a way I could address this.

First of all, I know I’m using an unsupported mechanism to change my fonts.

Does this “obfuscation” behavior happen when you use the standard-issue fonts (take out your “hack”)? If not, perhaps you should be asking for help from the author of your “unsupported mechanism”.

If it does still happen, it may be a bug that you should report to OG.

Well the author would probably be Ken, I lifted it from the thread about using OFIFontRegistry.plist and the appearance tweaks.