I call it newantiglarecolortext! I am not keen on white screen! 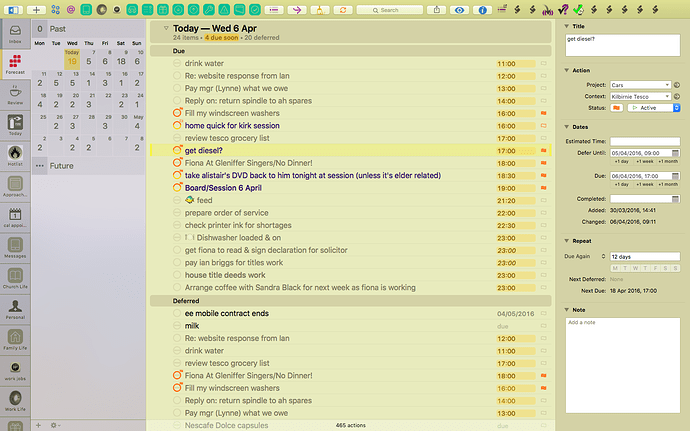 I look forward to trying it out. I got an error when I tried to import it into OF.

This is an unrecoverable problem. This style cannot be used.

@teronel try the google link. I’ve tried it and it works.

I clicked the link, which opened the google drive file in my browser, then I used the google download button. I then attempted to import that into OF. No go the first time around. I tried it again just now with the same results. I also just tried using the dropbox link. Same thing.

open the google link use the downward arrow and you should get the OF style folder-I just re-tried that and it worked.

So perhaps it is the MacOS that’s causing this funky message?

Ahh… maybe that’s it. I’ll have to wait until I can upgrade to Sierra. I’m also updating to the newest public test release of OmniFocus 2.

It seems to be related to a System font issue of some sort.

I guess I’ll just wait. FileMaker is critical for me. I can’t upgrade to Sierra just yet. Thanks!

I’m also still on El Capitan. (Limping along on a 2010 Macbook Air.) Will check out the theme when I can upgrade. Thanks, @wilsonng and @revstu .

I get the same error on Sierra 10.12.1 – was not able to import, downloaded via google link

Sounds like @revstu might be using a font others don’t have. Maybe sub in a system (or standard Mac-included) font, re-save, and re-upload?

Just a thought, but I’m guessing.

Sorry folks I can’t be more of a help. I think I’m using standard SF font though I do have alternative fonts i dont think this theme is using them.

Our apologies for the trouble! Changes were made to OmniFocus 2.8, in order to support the new macOS Sierra tabs. In the process, the .ofocus-style format gained additional information, and files created with older versions of OmniFocus 2 or OmniFocusColors will either present a warning, or fail to open.

We’ve just published OmniFocusColors 0.9, which fixes both recoverable and non-recoverable errors. If you open and save an existing .ofocus-style file, it should open in OmniFocus 2.8 (currently in public test) without any further problems.

We’ve checked it against every theme in this thread (thus far!), all of which will happily open in OmniFocus 2.8, after being re-saved.

Hope that gets everybody back up and running; thank you for using OmniFocus, and for the wonderful themes!

Selecting a style in the Preferences worked. But if I tried to choose the font collection, it comes up with:

This is an unrecoverable problem. This style cannot be used.

It looks like part of it is solved. This was with @revstu’s new antiglarecolortext theme. I haven’t tried the other themes yet. I opened the theme file and re-saved it before importing it into OmniFocus.

Hmmm… sorry about that!

Just to verify, you:

Walking those steps with OmniFocus 2.8 r276083 (the latest build, as of this post), it works. But… I’m also on Sierra, so that’s likely to be the difference.

Update: I just checked on 10.11.6, and it appears to be working the same way there… so I’m missing something. If you can ping me with the difference in the approach you’re taking, I’m happy to try again!

It displays the error message as seen in my previous reply. Otherwise, it imported and displayed fine.

Thank you for the information; I’m still not seeing that error, but at least I have the correct file!

It is interesting to note that once I select Color palette: newantiglarecolortext, I am only offered three choices in Font collection:

It sounds as though you have an additional option listed, which isn’t showing up for me after conversion, under either Sierra or El Capitan. Looking at newantiglarecolortext.ofocus-style in BBEdit, it appears that the only font specified is the System Font. If that’s the case, then you might want to just click on Export Current Style..., which will allow OmniFocus to export a clean version of that file. You should then be able to re-import and use it, without further error.