I’d like to connect lines to other lines orthogonally. Here’s the idea.

I’ve been playing around with orthogonal lines and adding midpoints, but I haven’t found a combination that produces the desired result yet.

It is not possible to connect lines together like you’ve done but have the connecting lines remain stationary when lengthening the line they are connected to. I think the best alternative approach based on the example you’ve shared of what you want, would be to not actually connect these lines together.

For this I would recommend selecting the main vertical line you are currently connecting to, and in the Properties > Connections Inspector turn off the option “Allow connections from lines”. You can now re-position these other lines so they appear as though they are connected without actually doing so. Using a ruler guide can be helpful when doing this to get the “connecting” ends of the lines all aligned properly. Now when you need to lengthen the main vertical line, these other lines will stay in place.

Another option would be to draw multiple connecting lines from the one object to each of the connecting objects that overlap. This can give the same appearance of a single line that then has multiple connections coming off of it. The downside to this approach is you wouldn’t be able to have the different line endings shown in your example where the lines connect together. Instead you’d need to add those line endings to the end that connects to the objects.

I hope that info helps!

I’d like to connect lines to other lines orthogonally. Here’s the idea.

No problem in OG 5, works exactly the way I (and you) want it to. I have dozens of wiring diagrams that I do precisely that in.

I’ve been playing around with orthogonal lines and adding midpoints, but I haven’t found a combination that produces the desired result yet.

(1) The first thing is to select and use a decent Grid. Always. For a thousand reasons.

(2) Draw the line, placing the MidPoints where you want them on the Canvas. 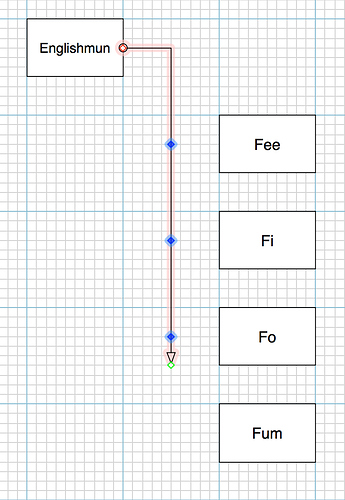 (3) Set the subject line to AllowConnectionsFromLines.

(4) Connect the line from each subordinate to its corresponding MidPoint on the subject line. 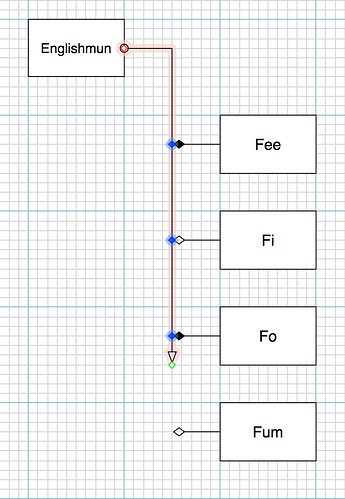 (5) Grab the Head of the line, and drag it to its new position. 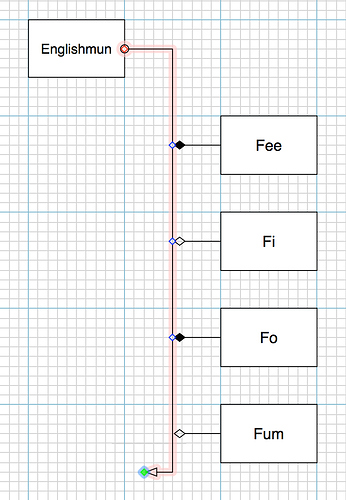 (6) The lines from the three connected subordinates remain, attached to the Midpoints on the canvas.

(8) Note that if you do not use MidPoints, and you simply connect the lines from the subordinates to the subject line, OG 5 remembers the proportionate position on the subject line (which is a Good Thing).

(9) One can grab a bunch of shapes as a group (or Group them) and move the selected set, as one pleases, the effect is as expected. 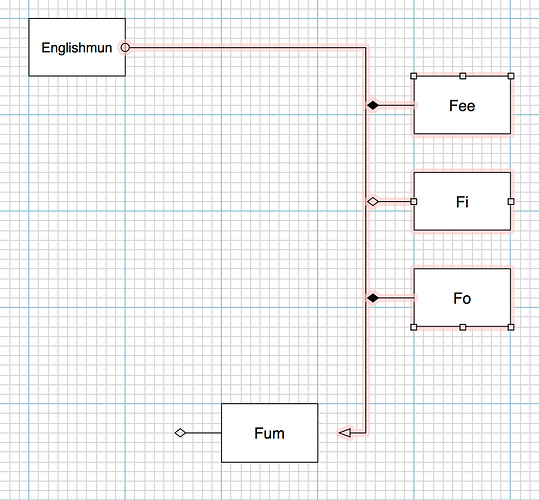 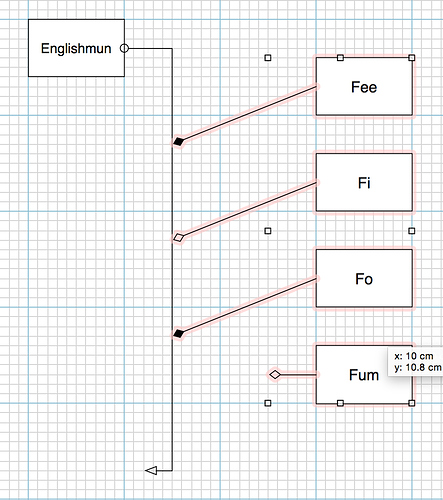