I’ve tried finding a solution to this problem here once before without success. Some time has passed and my challenge remains, so I thought another crack might yield better results.

Once I have filled a series of shapes with different images, is there a way to show the name of the file that is providing the fill for the shape? In the instance of the attached image, we have three similar textures. There has to be a more efficient way than opening up each linked image to figure out which file on my computer is linked to which rectangle.

This is a tiny but important requirement, for anyone who produces large or complex documents. All that is required is a Variable, just like:

We need somewhat more for HTML; PDF; and SVG transports. That is the subject of several threads. It is quite ridiculous that the objectname cannot be readily ascertained in the output (whatever format is chosen). I won’t detail that here. Note we are discussing here the export, not the import (which is understandably difficult due to the absence of standards). The export is dead easy.

Guru! Thank you for translating my request into more precise jargon! I would have written it this way were I smarter :)

Not clear to me whether they are referenced or imported.

If the latter, then beyond a possible memory of an import path, there might not necessarily be a file reference to expose …

Not clear to me whether they are referenced or imported. [/quote]

It is whatever one chooses in SetImage.

[quote]If the latter, then beyond a possible memory of an import path, there might not necessarily be a file reference to expose …

I would say there has to be, otherwise there is no image, and nothing fills the box.

If there were someone who could program the Preferences pane, add radio buttons for: 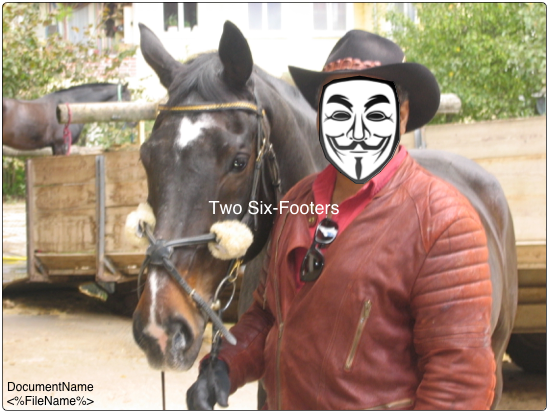 But don’t expect OG to be the record keeper.

I’m a bit lost as whether the above post has offered a solution. I don’t require any asset management other than the software displaying the name of the file used to fill a shape.

To simplify: how does one get the REVEAL IN FINDER button to work in that IMAGE widget? 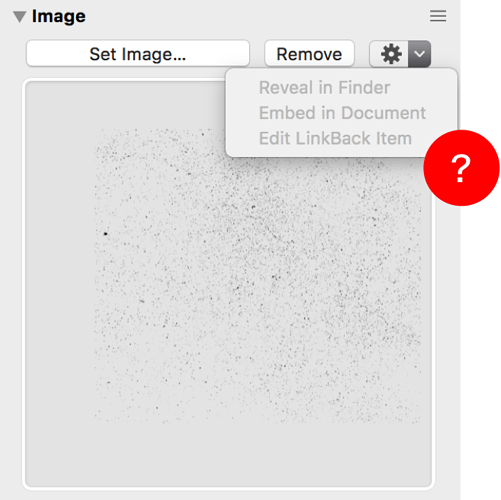