I was recently sent an invite to join the Mac TestFlight but was unable to due to the requirement of having MacOS 10.13 Mojave installed. My particular Mac supports a max of 10.12, sadly.
Does anyone happen to know if this applies to the TestFlight but not to the final release? Hoping so!

The current beta works fine on High Sierra, I’ve seen several people say they have issues with it in Mojave which I do not see in High Sierra too.

The download page I was sent states that the beta requires 10.13, and when I download, it will not launch for that reason.

Just for clarification, 10.13 is High Sierra, Mojave is 10.14. High Sierra is the minimum requirement.

Yes, thank you. The rapid release cycle the last several years makes it hard to recall! It’s 10.13, at any rate.

i use an iMac and a MacBook Pro with Mojave public beta on my MacBook and High Sierra on the iMac. the OF3 runs nice and smoothly apart from a few bugs on High Sierra, but (for me) it’s virtually unusable at present on the Mojave OS because of issues with drag and drop.

i think running a beta application on a system beta isn’t that great an idea.

Actually, I have a question related to this. My MacBook Air can’t upgrade beyond High Sierra. Omnifocus is the only app keeping me from moving to Linux and I don’t want to drop a lot of cash on a new Mac for just one piece of software. Will Omnifocus 3 continue to be supported on High Sierra through its lifetime (until Omnifocus 4)? I wish Apple offered a reasonably priced low-end laptop.

There is a lot of code in OF3 that requires Mojave. It would take a lot more engineering effort to try to build custom code to get it to work in older systems. If the Omni engineers had to make a build that would support Sierra or earlier, we wouldn’t see a September 2018 release. It would be delayed even more.

One thing I’ve done was to get an old iPhone 6+ and installed OF3 for iOS so that I can use OF3.

An old iPhone and OmniFocus 3 for iOS might be a more affordable solution.

i think i have to eat my words here - the latest test build today of OF3 for Mac has fixed the Mojave drag n drop bug. so i can now use it on my macbook.

Looks like I’ll become an iOS-only customer, then. I have other mission-critical reasons to stay with Sierra for the life of my current machine, though it’s capable of High Sierra.
And I can’t imagine the next time I’ll be able to afford upgrading my system.

I’ve been able to use an iPad-only experience for a while now. I have OF2 running on my Mac just for quick entry.

Pairing up the iPad with a Bluetooth keyboard has helped lessen my need to actively work on my Mac.

Perhaps you can try running High Sierra in a VM inside Parallels or VMWare Fusion?

As much as I love OF, I don’t like the idea of virtualizing just to run a task manager. Maybe someday the web version of OF will have more or less parity.
iOS version of OF3 makes it plausible to use without a Mac, and that’s pretty stellar.

@Jordan it’s well worth the wait! I was fortunate enough to be included in the last series of invitations. I haven’t experienced any crashes that an earlier invitation might have caused. The beta should be near perfect when you get it!

Thank you- I agree that this would be the better scenario for me, all things being equal. However, it’s my understanding that MacOS can only be run in a VM on Apple hardware. I don’t have anything against Apple hardware- it’s high quality and, in fact my 2011 MacBook Air is running great. The problem is that Apple has decided not to support my device past MacOS 10.13 which leaves me in the position of having to purchase a new laptop within the next year (assuming that Omnigroup will only support MacOS 10.13 for another year- I don’t know that for sure).

With the exception of Omnifocus, I have no particular need to be on the Mac platform and actually prefer Linux for a number of reasons. If I have to purchase a new laptop, a PC delivers a lot more for the money and Linux does not arbitrarily cut off support like Apple does. Apple has the right to cut support for “obsolete” devices and I don’t begrudge them for it. But I would prefer to be in control of when I replace my devices.

Before the Omnifocus 3 Mac beta came out, I attempted to use it exclusively on iOS. That didn’t work for me…

I am also concerned about the rumors that Apple may be transitioning the Mac platform to ARM processors in the next year or two and the potential of a shorter-than-normal lifespan of an intel-based device purchased just ahead of that transition. As difficult as it is now to natively boot Linux on Intel Macs, I imagine that it could very well be impossible if ARM Macs become a reality. i’m not sure that I’m ready to sign up for all that.

Anyway, I guess my main question is, how long can I expect Omnifocus 3 to be supported for High Sierra (10.13)?

However, it’s my understanding that MacOS can only be run in a VM on Apple hardware.

I think they made it possible to run it in a VM on non-Apple hardware a while ago. Check out those three links: 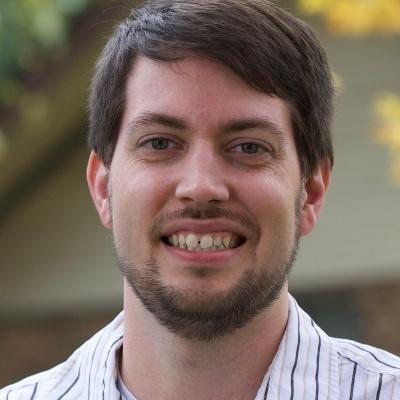 Instructions and script to help you create a VirtualBox VM running macOS. - geerlingguy/macos-virtualbox-vm

This file has been truncated. show original

I haven’t tried those, but it seems that this might be something you could try as well, if you wanted to :-)

We generally announce the system requirements for a product when we announce the date it will be available for sale, but our general approach is to support the current shipping operating system (i.e. the version you’ll get when you buy new hardware) and the previous version. When OmniFocus 3 ships, the current operating system will be Mojave—so we’re supporting Mojave and High Sierra (and with Mojave such a moving target right now, staying on top of evolving compatibility issues is keeping our test team very busy!).

This is partially driven by Apple’s development tools: for example, Xcode 10 adds support for theme-sensitive color palettes in order to support Dark Mode, and High Sierra includes support for looking up colors in those palettes (even though it wasn’t part of High Sierra’s public API). But Sierra does not—so in order to support Dark Mode on Mojave (its headline feature), you have to write code which will only run on High Sierra or later. (You can, of course, build a totally different implementation to maintain compatibility with earlier operating systems. But now you’re not getting the benefit of adopting the new tools Apple has provided—it’s just an additional cost, slowing you down—and the independent implementations are going to have very different bugs.)

5 Likes
Is it necessary to run the beta with High Sierra only?
Omni Roadmap 2019
next page →